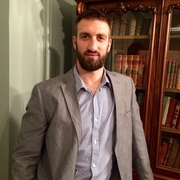 Oke, J., Vlachopoulos, N. and Vazaios, I. (2014). The use of three dimensional numerical analysis procedures for the geotechnical analysis for design and construction of tunnel infrastructure. GeoRegina, Regina Canada

Since 2010, we have grown into a global consulting firm, assisting with mining and civil engineering projects across Canada and around the world.